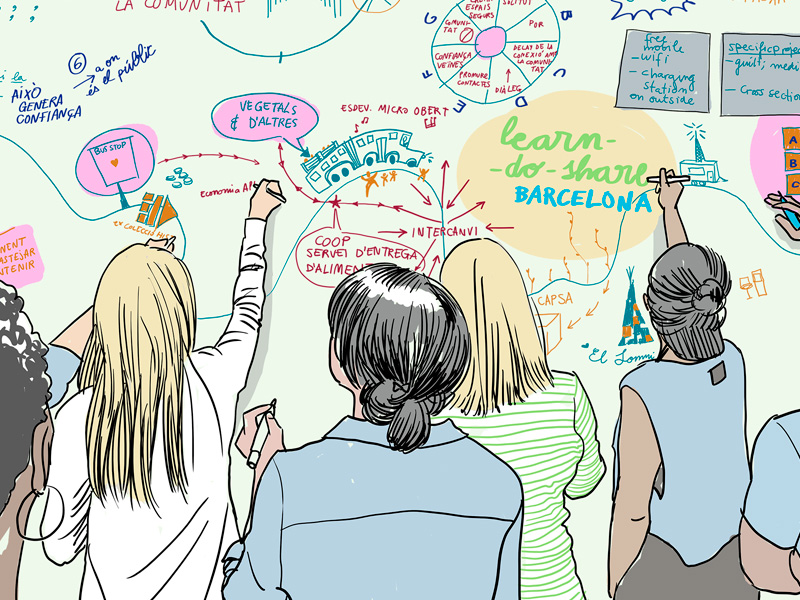 Project Description: Learn Do Share (LDS) is a grassroots innovation engine; a combination of events, labs and peer production. We are a community for open collaboration, design fiction and social innovation. The three words LEARN, DO and SHARE embody our philosophy: we learn from everyone. we do by prototyping. we share what we learn.

Our events and labs are gatherings for ad-hoc groups to meet, ideate and work out concepts for a common good.

Our peer production cycles help groups stay together to co-create prototypes of their collective imaginations. The most prominent are Caine’s Arcade, My Sky Is Falling, and The BUKE. Our books, documentaries and projects are carried forth by our participants to inspire other people to do the same.

Our Learn Do Share methodology and framework, which we like to call an OS (operating system) is being adapted by Universities, organizations and makerspaces as a tool to help tackle wicked problems by harnessing storytelling, play, designing thinking and collaboration. Over the last four years, we’ve collaborated with Jorgen van der Sloot and FreedomLab to design and prototype a social innovation lab to explore solutions for complex problems. The Learn Do Share lab runs at our events as well as having been staged for Columbia University, the World Economic Forum, the UN, the City of Los Angeles, the City of NY, UNICEF, the US State Department, PBS and the Danish Government.

Helped to launch and incubate projects that have reached over 40 million people world-wide.

In 2014 Learn Do Share @Columbia became an initiative to R&D the future of the University.

The elevator doors open. As I step out, a woman in a hazmat suit and surgical mask steps forward as our guide, offering surgical masks to our group. Masks firmly in place, we’re guided to a classroom liberally strewn with backpacks and jackets. There are already a handful of people milling about in the room without the dubious protection of our masks, grabbing sandwiches and chips from the front of the room. A dissonant hum serves as disconcerting accompaniment to the otherwise silent room. Finally, we’re welcomed by our guide and offered a choice: leave the mask on and remain a silent observer, or take it off and step into the strange world in which we found ourselves.

Over the next hour, my fellow participants and I progressed through a dystopic science fiction world designed to leave us disoriented, confused, and isolated as part of the interactive theater experience My Sky is Falling. The performance, a fictionalized retelling of filmmaker Lydia Joyner’s own experiences in the foster care system, was brought to light by creative director Atley Loughridge through the startup Reboot Stories. The project was also a collaboration with Reboot Stories co-founder Lance Weiler’s New Media Producing class at Columbia University and the Orange Duffel Bag Initiative, a non-profit dedicated to helping teens transition out of the foster care system. Representatives from the United Nations went through the experience at Envision 2013, while I experienced the performance as part of DIY Days NYC, a free conference that took place at The New School at the end of April.

DIY Days exists as a celebration of the rapid prototyping and iteration process, organized around three themes: Learn, Do, and Share. The morning session kicked off the “Learn” section with a series of keynote addresses. Little Bets author Peter Sims kicked off the morning by presenting a series of anecdotes on the importance of innovation through iteration. Sims drew attention to the slow transition of Pixar from the high-end computer hardware business into animated film studio through a series of calculated risks. Next, Alexa Clay argued that our current search for innovation is hampered by our blindness to “the Misfit Economy” — the collective of black market, grey market, informal market hustlers written off for their unsavory activities. Clay challenged the audience to explore how to learn from the often overlooked corners of society, and how to repurpose their efforts for more productive purposes. How would the skills garnered executing Nigerian 419 scams transfer into providing IT support?

Brian Clark shifted the conversation to a more theoretical bent, presenting his manifesto calling for a return to phenomenology in experience design. Clark challenged the audience to look back at the philosophical musings of Kant and Husserl to inform creative works. Focusing purely on the objects we are creating ignores the reality that those objects only gain meaning through the audience’s experience of it. Can fans truly experience Netflix’s House of Cards when the company’s insistence on treating their stories as a DVD forces audiences to experience the series out of sync with each other? Ele Jansen continued to explore the theory behind creation, presenting an ethnographic look at the iterative design process that informs her collaboration on Reboot Stories projects like Laika’s Adventure.

Closing out the morning’s “Learn” session, Colleen Macklin exposed the audience to non-traditional types of games ranging from Budgetball, a game that pits the Congressional Budget Office staffers against students in an annual competition of fiscal responsibility and play to JS Joust, a game that coopts Playstation Move controllers for a console-free competition. Macklin highlighted the highly political nature of games as a communication medium, reminding the audience that the New Games movement’s parachute games were a commentary on the Vietnam War that actively sought to subvert symbols of war. Similarly, Monopoly‘s earliest incarnation as The Landlord Game was a political critique on unbridled land grabbing.

In the afternoon, talks gave way to experiences with the “Do” phase. In addition to the My Sky is Falling interactive theater experience, the audience had the opportunity to experience a host of improvisational storytelling experiences and games. With so many events going on, there was only time to get a small taste. I wasn’t able to stay for all of DIY Day’s inaugural Creative Sparks pitch competition, but did drop in long enough to clap, stomp, hoot, and holler along with Benjamin Ryan Nathan’s tap-dancing pitch for his documentary I Can Dance in an interactive pitch that was reminiscent of Jane McGonigal’s Top Secret Dance Off experiment. I also had the pleasure of witnessing the Creative Sparks winner Alexander Reben show off BlabDroid, a tiny cardboard robot programmed to travel around asking people probing questions. The tiny robot made quite an impression at the Tribeca Film Festival earlier that week, taking advantage of the ELIZA Effect to elicit deeply personal and unexpected responses. I also made it out to Mark Harris’ post-mortem of his immersive film The Lost Children. After the formal presentation, he gave the audience a chance to play the working prototype of a game he’s planning to use for an upcoming post-apocalyptic narrative.

For the final “Share” segment, the conference circled back to My Sky is Falling, which leveraged real-time measurement and analysis from the Harmony Institute to provide insight into our experience exploring a dystopic future for the foster care system. Select individuals were hooked up to Q Sensors throughout their My Sky is Falling session. The devices assessed engagement and arousal through the participants’ movements, skin temperature, and electrodermal activity from one moment to the next. When combined with pre- and post-event survey results, the team was able to assemble an on-the-spot presentation deconstructing which elements of the performance worked, and which would need to be tweaked for the next iteration. The team at Wicked Solutions then described a proposal for addressing some of the issues highlighted in the experience that emerged in large part from participants who emerged from the foster care system, soliciting volunteers from the audience to help execute that vision.

I’ve been to DIY Days in New York three years in a row, and every year I am amazed Lance Weiler and the Reboot Stories team is able to put it on for free in locations around the world. According to Weiler, the New York event was delivered on a budget of only $2,500 thanks to generous in-kind donations. The day was a rush of insightful speakers, intense events, and powerful ideas that has left me still reeling from the experience. 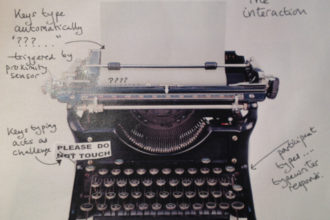 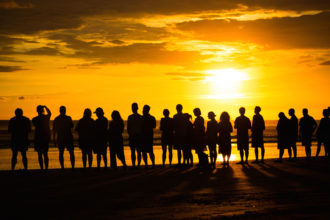 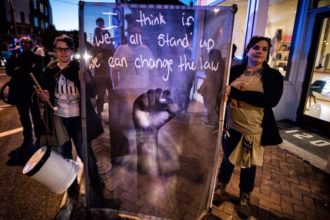