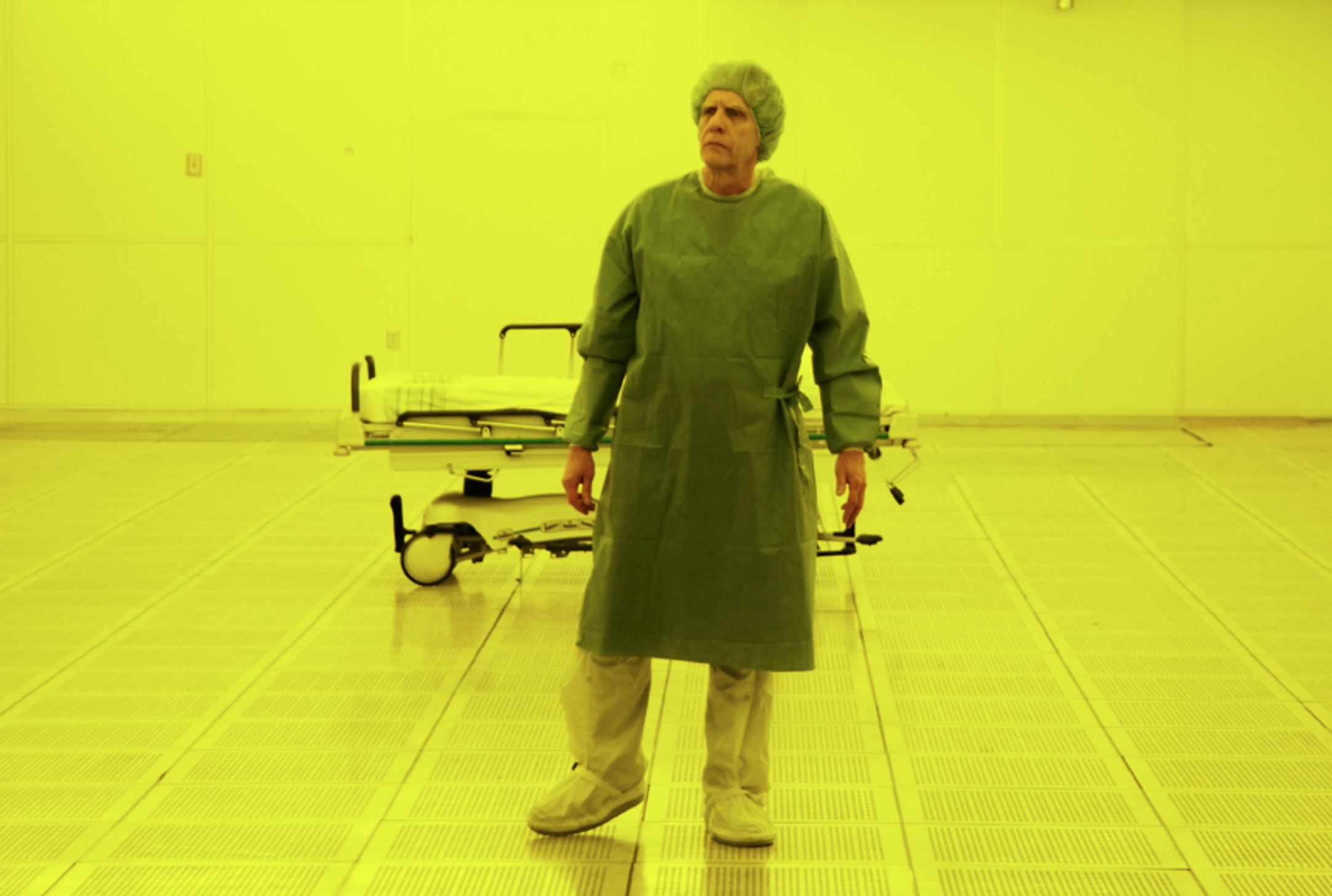 Project Description: Body/Mind/Change is the digital experience extension of the film exhibition David Cronenberg: Evolution.  Body/Mind/Change takes audiences through a Cronenbergian storyworld inspired by the film Videodrome but reimagined for the 21st century and brought to life across three platforms – online, mobile, and the real world. With plotlines and game mechanics involving biotechnology start-ups, body enhancements, and emotional learning systems, Body/Mind/Change presents the plausible science fiction found in Cronenberg’s work as science fact. With this multi-platform immersive narrative ride players experience first-hand the emotional steps involved in merging with technology to transform and evolve oneself.

Winner: MUSE Jim Blackaby Ingenuity Award, 2014
This award runs across all categories and is not given every year.

“This award recognizes a project that exemplifies the power of creative imagination in the use of media and technology – a project that has a powerful effect on its audience, and one that stands above the others in inventiveness and quality. The winner is selected from submissions to the MUSE awards of all categories…”

Honorable Mention: Games and Augmented Reality, 2014
This project thinks outside the box to pitch ideas and technologies for museums. It combines science, technology, and imagination. It is creepy but fun and full of imagination. The whole environment is full of a mysterious atmosphere. 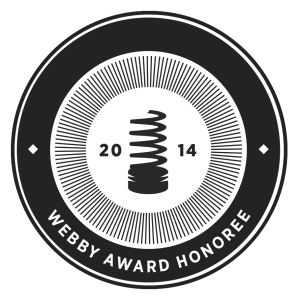 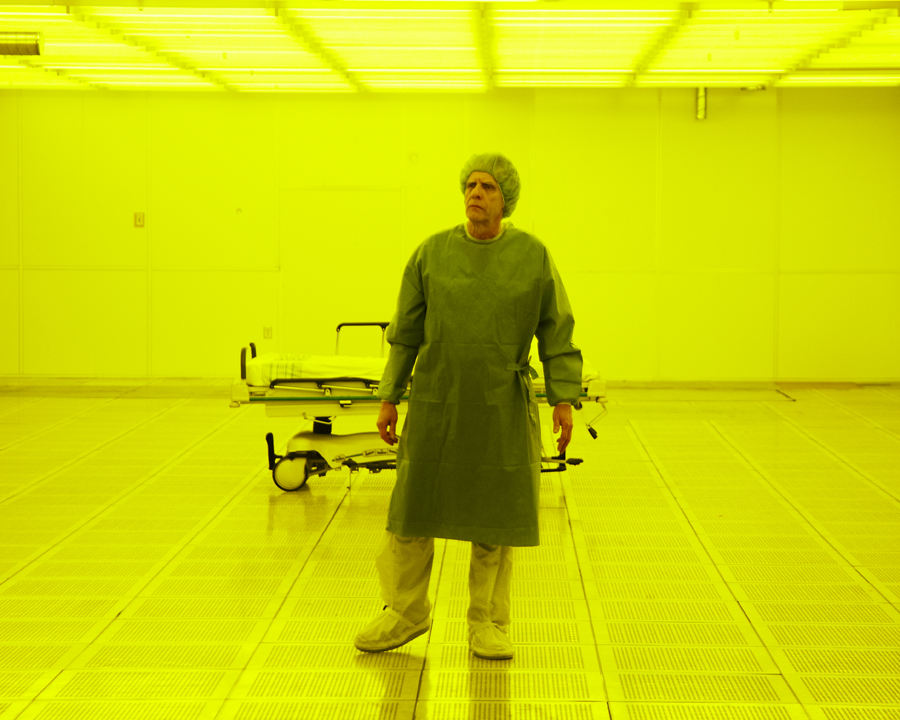 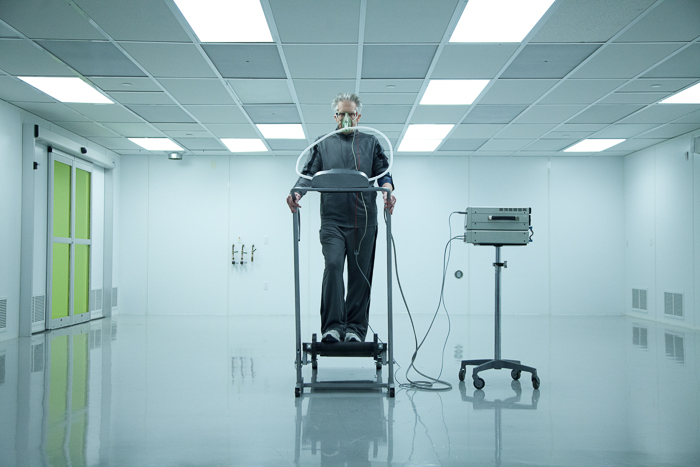 David Cronenberg trains for his implant 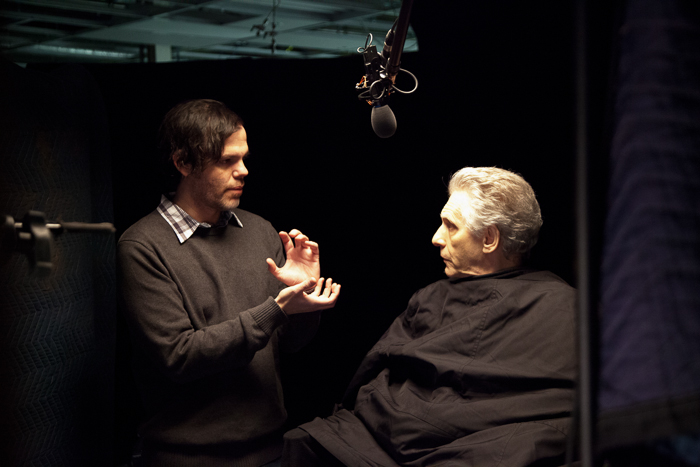 When The Quantified Self Gets Creepy: Turning David Cronenberg’s Science Fiction Into Reality

The shadowy “BMC Labs” is allowing film fans to experience a Cronenberg film IRL via a 3-D printed POD and an AI being. “We wanted to make people feel icky,” says the project’s creator.

Biotechnology startup BMC Labs recently offered famed filmmaker David Cronenberg a staggering eight-figure sum to license the cutting-edge fictional biotechnology in his films to develop the next generation of biotech implants. BMC Labs’ first product to come out of this partnership is the POD implant, a personal, on-demand recommendation engine that uses artificial intelligence to understand what you want, desire or need before you do. Cronenberg, a supporter of vanguard biotechnology, will be the first recipient of this innovative human enhancement.

BMC Labs is in fact a bit of fiction itself, a fabricated entity at the center of Body/Mind/Change. A collaboration between TIFF and the CFC (Canadian Film Centre), B/M/C is a digital experience designed to be the connective tissue between the elements of David Cronenberg: Evolution, a sprawling exhibit of artifacts and re-issued films from the filmmaker’s career at the TIFF Bell Lightbox in Toronto.

Designed as a way to give people the experience of living in a Cronenberg film—and encourage them to check out the physical exhibit—B/M/C bridges the director’s surreal dream world and real life. Visitors to the BMC Labs site are invited to sign up to be a recipient of a POD implant. Once registered, they are required to undergo three different simulations that are meant to educate an artificial intelligence being called Kay. Kay will eventually learn emotional intelligence based on your answers, reactions and interactions in the simulation, which will then form the basis of each user’s individual biotech implant. Throughout this process, an actual POD device—slightly erotic looking and very reminiscent of the sentient miniature game pods of Cronenberg’s eXistenZ—will be 3-D printed at the Lightbox as you play. Each POD device will be unique based on a user’s specific performance during the simulations.

Lance Weiler, the project’s creator and creative director, says the experience is a play on the quantified self and an experiment in data-generated objects. “It plays into the whole data movement and our obsession with it and the narcissistic qualities of it,” he says. “As you’re playing the experience, we’re collecting certain data points, and in the museum space we’re 3-D printing PODs based on your emotional intelligence. Data is being generated about our lives all the time, so I thought it would be fun to play with that idea of quantified self but have it manifest in something real.”

Produced by the CFC, a film and digital media accelerator, the goal was to create a large-scale project that connected people to the physical exhibit in Toronto while pushing the boundaries of production. Ana Serrano, chief digital officer at the CFC says the initial thinking revolved around an alternate reality game—and indeed B/M/C has an ARG element in which clues are embedded in elements of the project for the hardcore Cronenberg fans to decipher. That grew into the idea of an interactive experience that generated a physical object. “We wanted to do something different,” says Serrano. “Just an online simulation would have been great, but we’ve been doing that for years. The fact that this generates an object is what’s novel about this project. That physical object came from a deep-dive discussion on what Cronenberg meant to us. He’s defined by the objects in his films, like Videodrome and eXistenZ.”

Serrano says the idea to use 3-D printing in the process was a reflection of the technological zeitgeist. “We were thinking about how we could leverage current trends in a Cronenberg fashion. The thing that was happening at the time was the rise of the 3-D printer as a consumer device.” If the project had been conceived a little later, Serrano says Google Glass might have become the foundational element of the experience.

As it stands, the BMC Labs experience is intense and in-depth. When starting the first simulation, users are warned that it’ll take a 20-minute commitment and that the content is of a mature nature. This is the world of Cronenberg, after all.

Upon first engaging with the sim, you’re introduced to Kay, an AI that is looking to learn about human emotion. The first simulation is built on the binary of opposite emotions: trust and disgust. How you answer generates different sequences, responses and questions from Kay. “We’re trying to create a sense of empathy or emotional feeling when you’re interacting with technology. We want you to feel something for Kay,” says Weiler.

Throughout the process you’re asked to do things like recall your best memory, determine which character you think looks most trustworthy, emotionally react to a morally ambiguous group encounter (is it an orgy, an abusive situation?), and divulge what disgusts you most. While the entire experience exists in a bit of Cronenberg’s dream logic (it’s surreal yet disconcertingly relatable) this last question of disgust prompts an unexpected reaction. At the start of the simulation, you’re asked to connect with Twitter. So far, so common for digital experiences. Until Kay tweets on your behalf, completely reversing the intent of your answer. Reply that greed disgusts you and your account tweets out “I love greed.”

“We wanted to make people feel icky. When you get that real tweet back from Kay and it’s an inversion of your thought, it’s a visceral feeling. We wanted to make people feel that,” says Serrano, applauding the legal department understanding the purpose of that action. The AI-generated tweet is also generating a lively conversation socially. Some are (understandably) aggravated by the perversion of the message and perceived invasion of privacy. But it’s also opened up a bigger discussion of how people feel about the future of biotechnology. Like, if this were actually real, how would you feel if your AI avatar went rogue or misinterpreted human emotion to negative effect? It’s at this point that you get shades of what it would be like to be in a Cronenberg film.

Launched in conjunction with the November 1 opening of the Cronenberg exhibit, B/M/C has already been widely played. Serrano says they’ve already seen three times the expected number engage with the first simulation, and 70% of the people who’ve signed up have played through the entire 20 minutes. Running until January, there is a lag of a couple of weeks between each of the three simulations. Physical PODs won’t be ready for ‘implantation’ until the New Year but players can visit their in-progress PODs in the BMC Lab at the Lightbox. This prolonged process is one way in which the B/M/C project aims to draw more people to the physical exhibit.

“We are interested in driving ticket sales, repeat attendance, and keeping it top of mind,” says Serrano. “Yes, were artists, but we’re also commercial producers, so we’re just as interested in the business model of these transmedia experiences as anything else.”

Serrano says the biggest challenge in the production of B/M/C was the loose, organic process of working with many collaborators—which in addition to TIFF, CFC and Cronenberg, included POD designers and film/post-production team 1188 Films, transmedia writer J.C. Hutchins, and composer Brendan Canning. “There were a lot of people around the table weighing in on the creative. We had to let it breathe longer than many would feel comfortable, to find the emergent essence of it,” she says.

In fact, future simulations are still being created and the final POD implantation event in January will be affected by the ongoing ARG, where select players will receive specially designed PODs. Serrano says they’re also in the process of finding international partners to recreate the physical BMC Lab housed in the same space as the Evolution exhibit, which will being traveling after its Toronto run, so that the digital-physical interplay of the B/M/C experience can live on.

It’s this bridging of worlds that makes the project so fitting for Cronenberg and so interesting when it comes to interactive experiences. Says Weiler: “We’re shaping new ground for this type of storytelling. When something starts to bridge across things and uses the internet of things, it can be exciting. We’re experimenting with that and I can’t think of a director better suited for this.”